KTM is testing its new development based on the 2022 1290 Super Duke R EVO, which will bring as a novelty the R 2023 that renews the design and provides a new aesthetic to your headlight, along with other details. The images of this prototype have already been viralized and we show you everything new.

Notable changes affect the front end of this beast, as the KTM Super Duke is known. Apparently, the era of the split face "Splitface", consisting of two vertically arranged LED halves and a central intake duct, is gradually coming to an end at Kiska Design, the star designer of the Austrian firm.

This is confirmed by seeing the face of the Duke 990 that was leaked testing earlier this year. That design, like the one used on this KTM Super Duke, dispenses with transparent plastic casings and shows the two headlights stackedsurrounded by plastic frames in the best Suzuki GSX-S 1000 or Yamaha MT style. 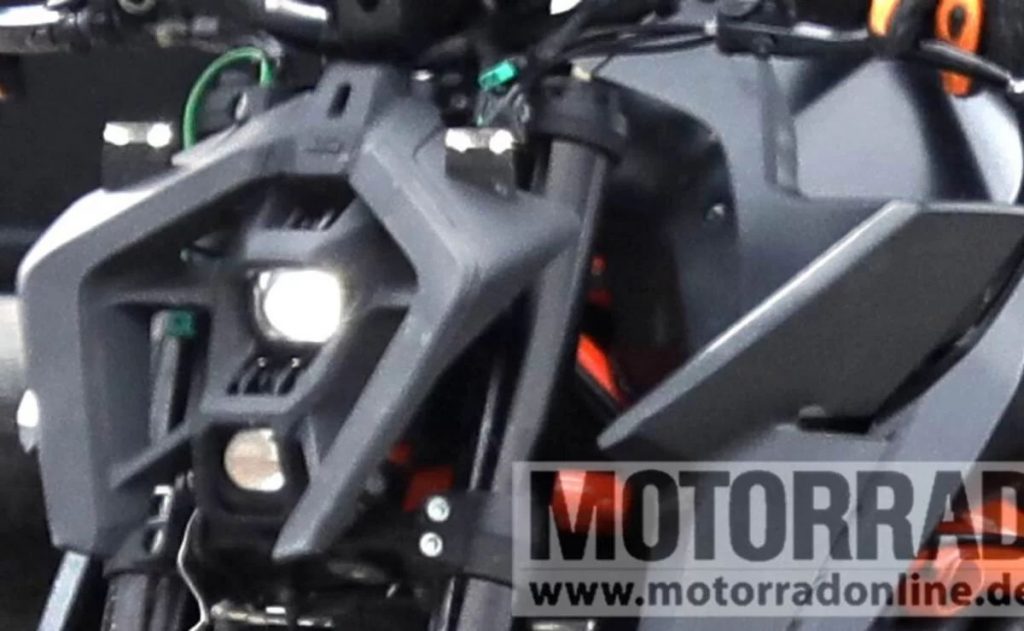 Also new are the lateral plastics on both sides of the tank, the side covers of the radiator and the base of the instruments, from which the small front LED turn signals that were previously in the front headlight mask come out.

Another detail that marks the German magazine Motorrad is in the fork bars and it is about the red collars type Apex from the company WP, with a very clear relationship to all KTM models. In the 2022 version of this model, these fork boots are red in the standard version and blue in the Evo version with semi-active suspensions so it could be a prototype with standard equipment. Be careful, do not confuse standard with insufficient.

Recall that currently, the KTM 129 Super Duke uses the exclusive 1,301cc LC8-V2, which impresses with its maximum power of 180 hp and a torque of 140 Nm, more than enough to stand out in its segment and constitute the flagship of the orange firm.